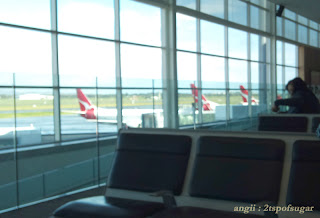 i've been away from the internet for too long! getting the internet in my room to work was a hassle, mostly because i know nothing about computers. in the end, it appeared i'd bought the wrong cord, so third time lucky to the hypermarket, got me what i needed. hello internet and hello world!m and there is a very good excuse for it all. i have been travelling! i spent a week in paris before arriving in what will be my home for the next 5 months. however, this means i have lots to recount about my first trip to the city of lights! 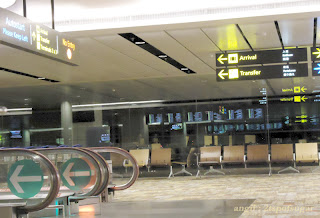 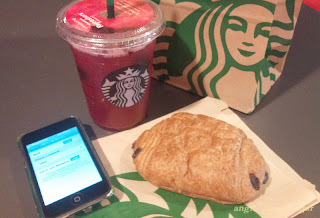 beginning with a long 7 hour flight to singapore, i was greeted by the news that my flight out was delayed by 6 hours. this meant spending the night at changi airport. it was a tediously long sleepless night with announcements over the speakers every 15minutes. to compensate, the airline gave each passenger a $20 voucher to spend on food. since little old adelaide is starbuck-less, i decided to cool myself down with a berry hibiscus drink and a pain au chocolat to remind me of the happier days to come. 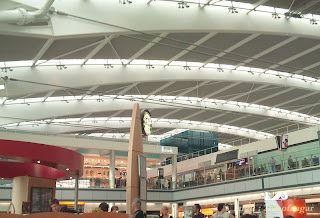 after counting numerous sheep and failed attempts at getting comfortable, the time arrived to board my plane to london. thank god! (so i thought, but i was wrong!) i was seated in a section with at least 5 crying babies and toddlers who ruined the 13 hours i thought i could sleep. even turning up my music couldn't block out the screaming sounds throughout the flight. i was so glad that ordeal was over when we touched ground at heathrow. 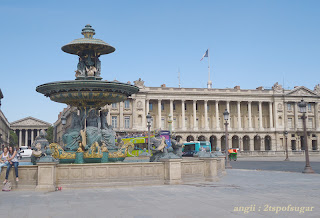 one last, short 1 hour flight and i arrived at my final destination. paris. my friend who arrived the day before greeted me at the airport and  helped me and my luggage find our way to our apartment. it was a long struggle through the paris metro (stairs are the bain to my existence) but we made it. and how sweet that long awaited sleep was! and to wake up in the city of my dreams!
Posted by Angii at 00:18

Email ThisBlogThis!Share to TwitterShare to FacebookShare to Pinterest
Labels: other: england, other: france, other: singapore, other: travels