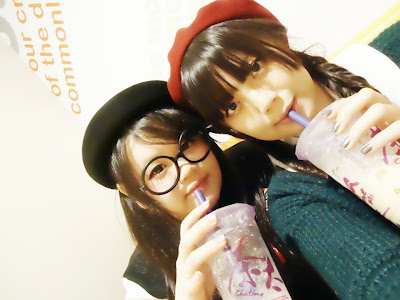 Happy birthday to me!! I recently turned 22 which isn't a big deal at all and I didn't do anything too special, except for one thing. And that's eating all the delicious desserts I like, just because I can~! This year, my birthday fell on a Tuesday, which meant I had the longest architecture studio class on my birthday. But I decided to skip a few hours by showing up late and leaving early! Heehee~ In the few hours I'd saved, I went to have bubble tea and crepes with my sister! I had my usual chocolate brownie and strawberries with icecream, yumm! 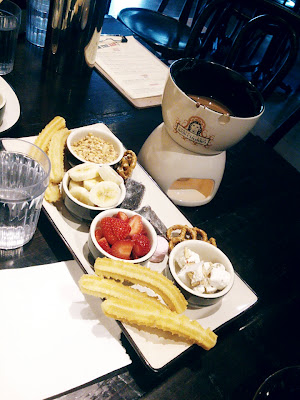 After class, I met up with my friend from uni, who luckily had a free day, to have churros together! We're both usually so bogged down with our respective architecture assignments, so we hardly ever hang out :( Since we both hadn't tried the new churros place, we decided it was a perfect opportunity! We shared the fondue set, with churros, nougat, fruit, pretzels and a delicious brownie  (my favourite!) 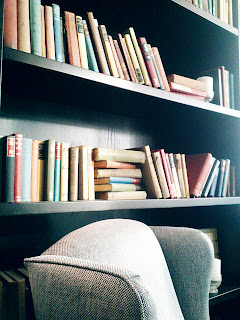 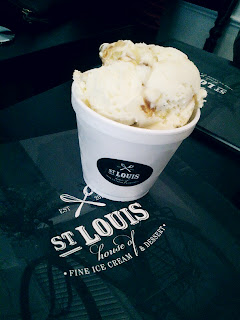 And if crepes and churros weren't enough, I ended my birthday night with a lovely casual dinner with friends followed by delicious icecream!! St. Louis is the newest ice cream and dessert parlour that has opened. It's named after l'Ile de St. Louis in Paris, where I remember having icecream on a cold and wet day. The icecream at St. Louis is really really good! I tried the chocolat noir and St. Louis flavour (white chocolate, toffee and vanilla). My friend had the churros, which I tried as well. It was so good, better than San Churros in my opinion~! I'm not sure how I managed to eat it all in one day, but I don't regret anything!! If this is what turning 22 is like, I wish I could turn 22 every day~ 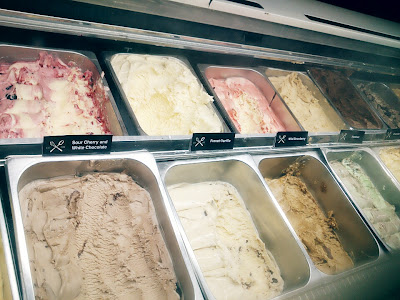 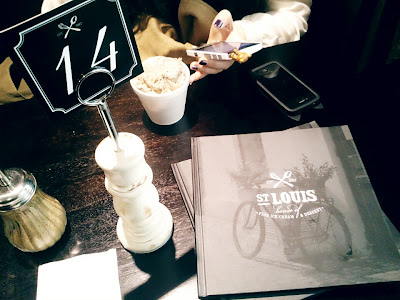 On the Friday of the same week, I decided to take my sister to St. Louis again! I had been raving on about it and I really wanted her to like it too. And gladly, she did! She had two scoops of icecream, chocolate noir and cookies and cream. 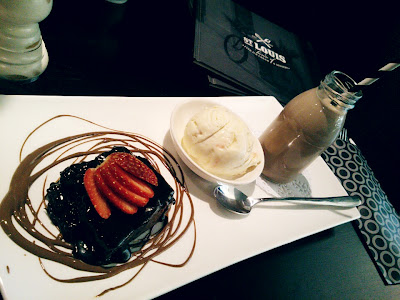 I decided to spash out and try the chocolate brownie (yes, I love them a lot!) with vanilla icecream and a mini chocolate milkshake. The brownie was warmed and drizzled with lots of chocolate sauce. Topped with a sliced strawberry, it was so delicious!! Isn't the presentation cute too?
Posted by Angii at 16:51

Email ThisBlogThis!Share to TwitterShare to FacebookShare to Pinterest
Labels: other: adelaide, other: daily, other: food