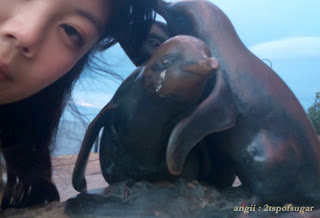 this is the closest i've been to penguins. some relatives from hong kong are taking a holiday here and we took them to the famous victor harbour. the weather was horrible on the way to and from, but as we arrived, the huge dark clouds rolled away slightly. it was super windy and my hair was all in knots when i got home, but the chilly salty sea air is so refreshing! 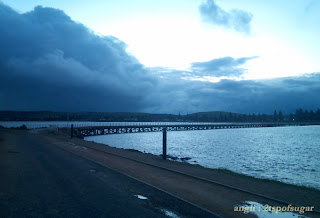 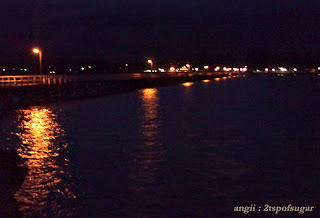 we walked along the pier which connects to a small island called granite island. it's where all the penguins live. if you stay around until it's dark, you can see little penguins come out of the water. i didn't get to see one, although my sister and cousin swear they did. isn't the night view of the pier pretty? 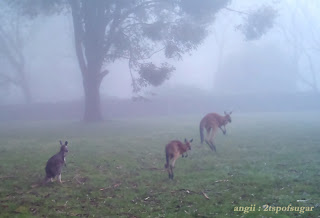 we also took our relatives to cleland wildlife conservation park to see all the native animals and feed the kangaroos. since it's winter here, the hills are extra foggy, even in the afternoon. it was difficult spotting the cute kangaroos through the fog. 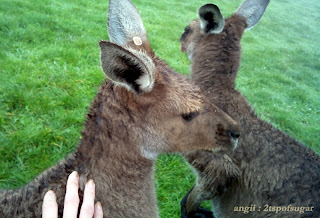 when the fog died down a little, we found a large green field where there were so many kangaroos. they are so used to people around. they aren't even afraid to eat the feed from your hands. i got so close to them, i managed to pat a few too! their fur was matted due to the light drizzle from the morning. aren't they adorable?
Posted by Angii at 13:37

Email ThisBlogThis!Share to TwitterShare to FacebookShare to Pinterest
Labels: other: adelaide, other: daily