there are some days 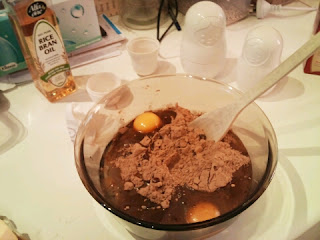 when you just can't get enough chocolate, right? 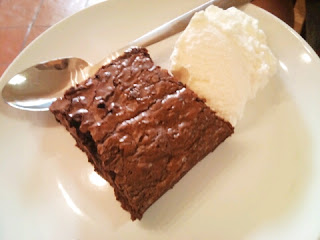 my friends and i have been planning a girly (and very chocolatey) bake day for chats and sweets. and we finally found the time at the end of the mid-semester break to get the oven going and bake some cakes. i was in charge of making the triple chocolate chip brownies (ahem, from a box mix) which turned out pretty good, especially with the vanilla ice cream~ 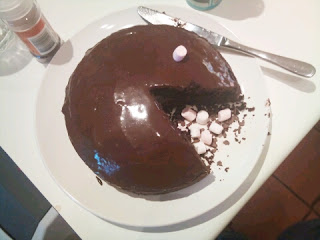 we also baked a yummy chocolate cake with chocolate icing (also, from a box mix. yes we were being lazy!) with a sliced cut out, we made a pacman cake~ wagga wagga wagga~ after a huuge slice of brownie and a smaller slice of cake, we decided the day was a success and returned home for some more substantial and salty food! but, i was so full of sweets, it was pretty difficult to fit any more food in me!

ah, i do have to admit that after a day of sugary and chocolatey goodness, a thorough teeth brushing was in order. that's the secret of eating huge amounts of sweets and keeping the cavities away!

Email ThisBlogThis!Share to TwitterShare to FacebookShare to Pinterest
Labels: other: cooking, other: daily