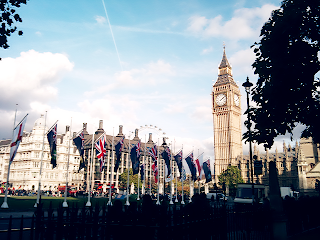 i miss being in an english speaking country!! yes, i love france and stumbling over french while trying to communicate with the shop keepers, but how enjoyable it was to be able to do that all in english! my friend and i were both new to london, and completely overwhelmed with how busy london was! the tube was similar to the paris metro but much, much more crowded. the platforms were almost always packed with people waiting for the train or just trying to get out. i don't think i had experienced the same amount of busy-ness in paris! 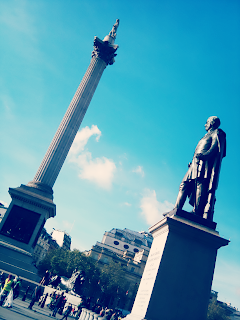 our first stop was to pick up the london passes we'd ordered online. we bought the travel package which included three underground day passes which was handy for transport. with the pass, we were able to visit many tourist attractions without having to pay on the spot. we also saved quite a few pounds too! on the way, we found trafalgar square for a quick photo and a tick off our list of london attractions. 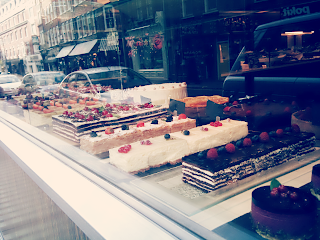 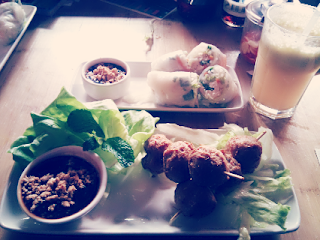 we explored the busy fashion forward oxford street, finding topshop and selfridges most interesting. however, everywhere seemed so crowed we decided to look for a quieter place. we found lunch in a dimly lit vietnamese cafe just off oxford street. the food was really delicious and the freshly squeezed apple, pinaeapple and mint juice was refreshing and matched well with the vietnamese flavours. 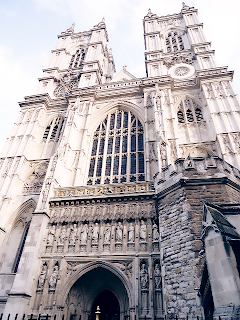 over our early lunch, we planned out the rest of the day, which began at westminster abbey. this is a beautiful, gothic styled, centrally located catherdral. the interieur was just as impressive as the exterieur but unfortunately i wasn't allowed to take photos. 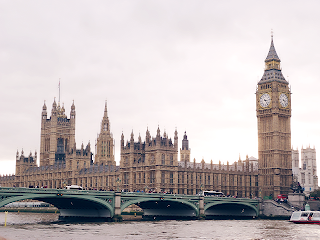 our next stop was a cruise along the river thames. even though the weather was freezing cold, we decided to sit on the open deck to take in all the sights along the river. my favourite is the beautiful house of lords and towering big ben; mostly because of the amazing gothic styled architecture (even though it dates much later than the medieval period). 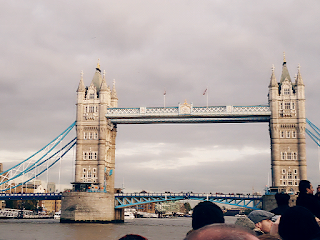 the lovely captain who commentated all the way through the cruise, was kind enough to stop briefly allowing everyone to take photos of the famous tower bridge before arriving at our destination at the tower of london. unfortunately all my photos of this lovely bridge feature keen tourists. 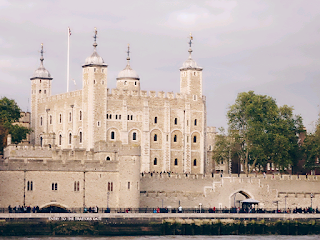 we decided to grab some hot chips from a stand before entering the castle. however, it was already getting quite late, so we had to quickly stuff our faces before entering. i think the security lady found us quite amusing as we passed through the bag search!! the one reason we were interested in visiting the tower of london was to see the crown jewels!! and so it appeared, was the intent of most. the exhibition was crowded, but luckily we still got in and after being squeezed tightly among other tourists, we were able to gaze in awe at the beautiful crowns~~ 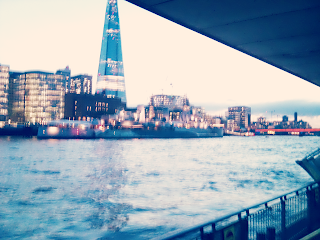 we took the cruise back to westminster, but we decided to sit inside where it was warm! it was just starting to get dark and the lights of london were slowly turning on, turning the beautiful city into a colourful display of bright jewel-like lights.

Email ThisBlogThis!Share to TwitterShare to FacebookShare to Pinterest
Labels: other: england, other: food, other: travels