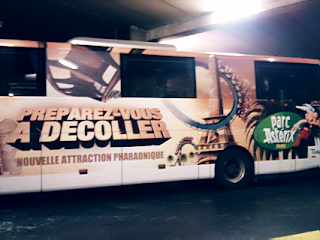 parc asterix is a theme park based on the popular comics of asterix and obelix. i remember watching the live action film for the french film festival in 2004. after a little research, we found parc asterix had many more attractions suited for two thrill seeking tourists. we prebooked the tickets which included the shuttle bus from paris to parc asterix. a super special bus for us keen early birds! 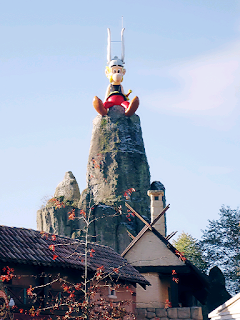 we arrived a little before the opening at 10am so we snuck out way closer to the front of the line, eagerly waiting for security to open the gates. along with many tourists, it seemed some locals had dressed up for halloween too (it wasn't quite halloween yet though) when the gates finally opened, everyone ran excitedly to the the far corner where the newest attraction was found - 'osiris'. it was our first ride of the day and it was one of the best rides too!! we were lucky we didn't have to wait long in line~ 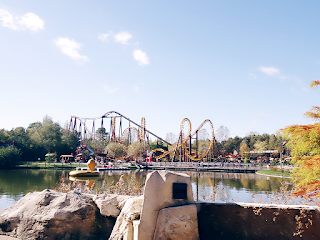 we also found 'tonnerre de zeus' and 'goudurix' (pictured) which were both rollercoaster rides. the former was brilliant with an initial drop that amazed us both. the ride was also relatively long so the hour and half wait was almost worth it. we actually waited twice because the ride was worth a second shot! the former however, looked amazingly loopy, but my friend and i ended up with super sore necks and headaches (are we getting too old for this?) 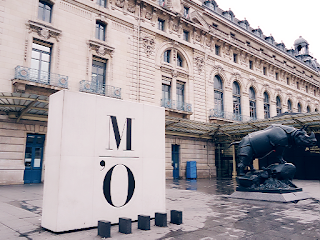 for the last afternoon in paris, i decided to visit the musée d'orsay which is a famous art gallery for impressionism. upon arrival, i found, to my disappointment,  it was closed on mondays. they were even doing a special exhibition on fashion and impressionism, hopefully, i'll visit paris again before the exhibition finishes. 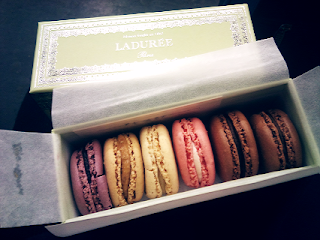 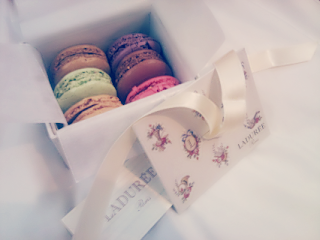 since i had a spare hour, i decided to take a morning stroll by the seine on my way to champs elysées' ladurée shop for some delicious macarons. it was closed for renovations the first time, so i thought i'd take a peek at the new furnishings. i bought two boxes of macarons (mainly for the pretty boxes!!) the classic napoléon vert and a special 150ans box called julie. 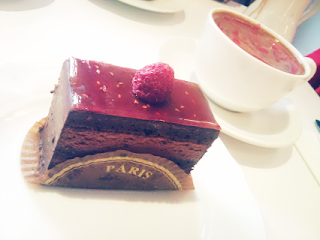 my friend who decided to visit the louvre instead of the musée d'orsay decided to meet at jean paul hévin's for one last chocolate and cake before our flight to london. since we were there before lunch and afternoon tea, the cake i wanted was available! a delicious chocolate and raspberry cake and a (less delicious) hot chocolate with raspberry coulis. 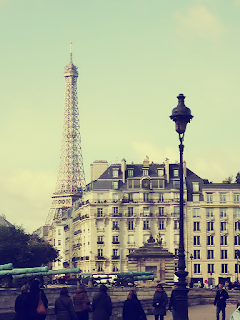 paris is definitely just as beautiful as the first time i visited it~ hopefully i'll discover more amazing things to do, see and eat in paris! my sisters are coming to europe soon too, so i'm crossing all my fingers and toes that i'll have some time to sneak up to paris over a weekend~~
Posted by Angii at 08:39

Email ThisBlogThis!Share to TwitterShare to FacebookShare to Pinterest
Labels: other: france, other: travels