back to the future 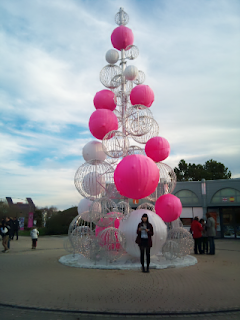 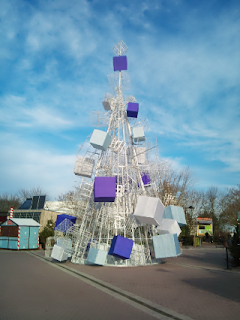 after our first failed attempt at going to futuroscope, a future themed them park here in poitiers, we decided to try again on christmas eve. we made sure the park was opened and double checked the bus we needed to take to get there and second time lucky, we made it! the theme park had embraced the festive season too and we found some very artistic christmas trees. i liked the pink one at the entrance much better though~ 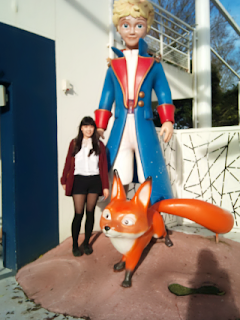 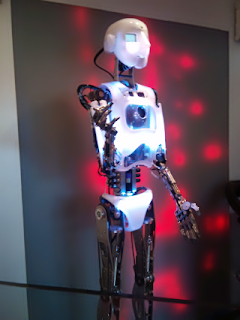 the theme park didn't have as many thrilling as i had hoped, but they did have some very entertaining attractions. our first stop was a special 'le petit prince' 3D animation for the park's 25th anniversary. it was very heartwarming, and i love the cute little fox friend~ we also enjoyed a 4D arthur adventure, a magic show (this was actually quite lame, and i saw through almost all the tricks which was disappointing), a laser shooting game (in which i came 6th place out of about 30 or more people! i was shocked at how well i did!) and a real eye opener experience following the path of a blind person through the jungle, new york city and himalayas. 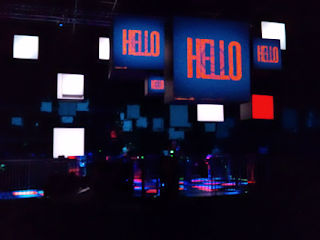 my favourite experience was the 'danse avec les robots' which is a new ride for 2013. it was made to look like a club or disco where they played music remixed by the famous DJ martin solveig. we got to choose which level of intensity we preferred (difficult, of course) and a robot hand-like machine would spin us around in so many directions. it's a little difficult to explain, but i really really enjoyed it! 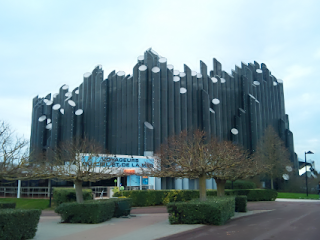 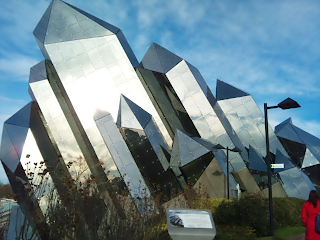 another grand thing that futuroscope is well known for is the futuristic architecture. here are two examples~ there were many more glassy, cubic, and altogether futuristic designs, but i didn't take too many photos. we spent the night making dumplings as part of our christmas dinner the following night, so i was very tired when i went to bed that night... 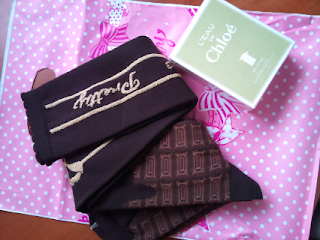 christmas morning, i woke up to the sound of my friend at my door~ we both received some mail, and she was super eager to open them together. i found a surprise christmas present in my mailbox too! my friend (under the alias: father christmas) had got me a bottle of the perfume i'd been lusting after since we got here! it's l'eau by chloe~ i was so shocked and happy!! i also received the royal chocolate socks in brown which i purchased from the angelic pretty paris website. another item off the wishlist, check~!! 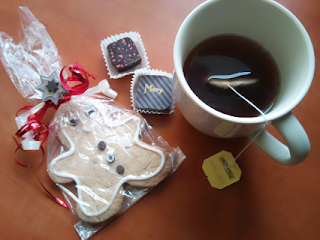 with a full day of good food ahead, i started the day with a hot earl grey tea, a delicious gingerbread man and some leftover belgian chocolate from mary's. my friend and i spent the rest of christmas eating and watching movies, a lovely relaxing day together!~ how did you spend christmas this year? i hope is was as enjoyable and relaxing as my dayyy~
Posted by Angii at 02:32

Email ThisBlogThis!Share to TwitterShare to FacebookShare to Pinterest
Labels: brand: angelic pretty, other: daily, other: event, other: food, other: france, other: travels